On the Best Furniture Designs of this week, we present you the French artist Vincent Dubourg’s metallic sideboard design that appears to be frozen midway through exploding are being exhibited at Carpenters Workshop Gallery in New York City. 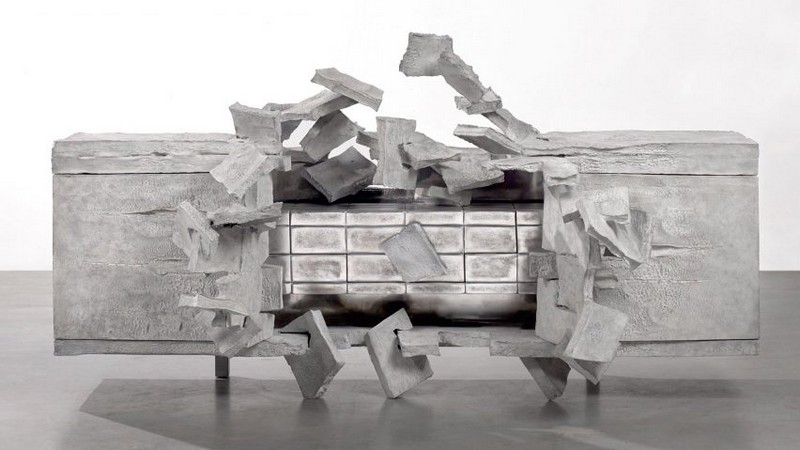 For the artist’s first solo show in the US Vincent Dubourg’four new pieces will be presented alongside four older works across the Midtown Manhattan gallery’s two floors. 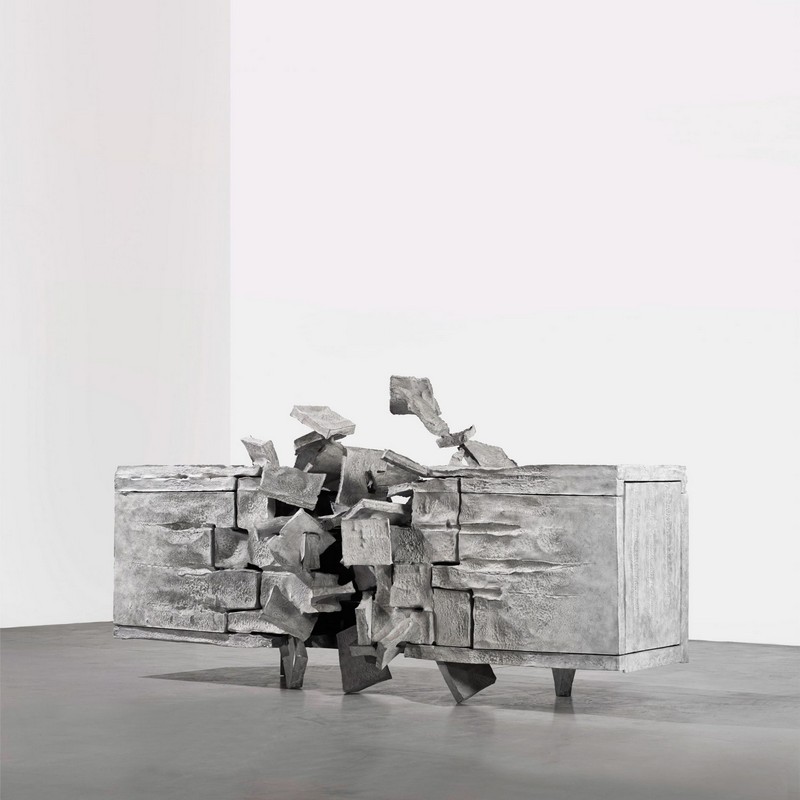 They include an addition to his Inner Vortex series, first created in 2013, which features items that look as if they are being sucked into a vortex – a mass of whirling fluid or air. 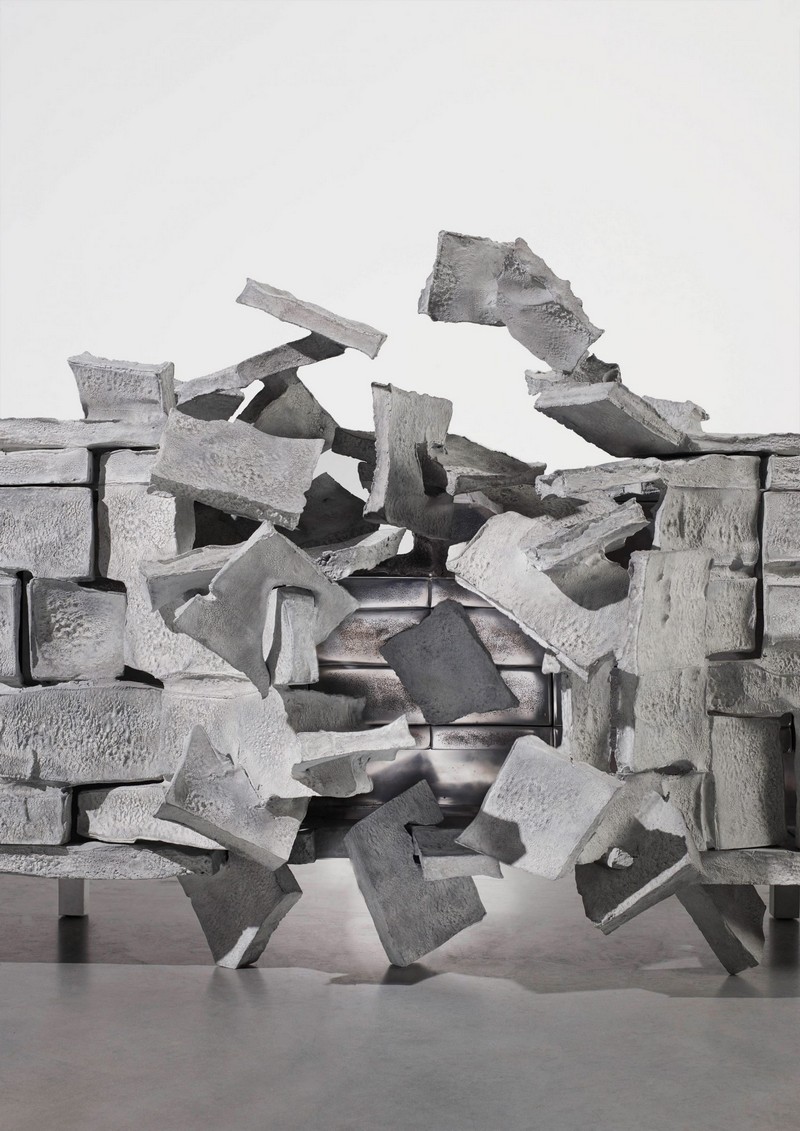 A buffet version joins two other cabinets, all with squares of aluminum arranged like they are flying off the furniture but held frozen in time. 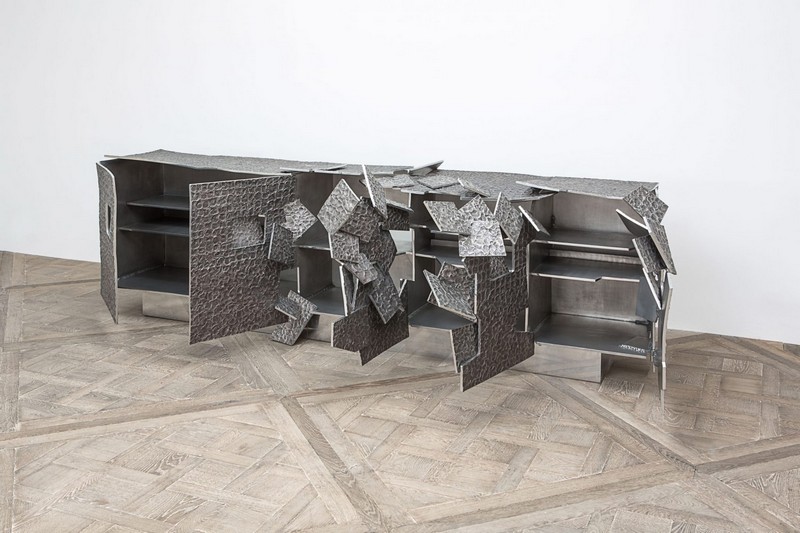 Dubourg, who frequently works with metal to create deconstructed furniture, described the natural process that informed the designs. 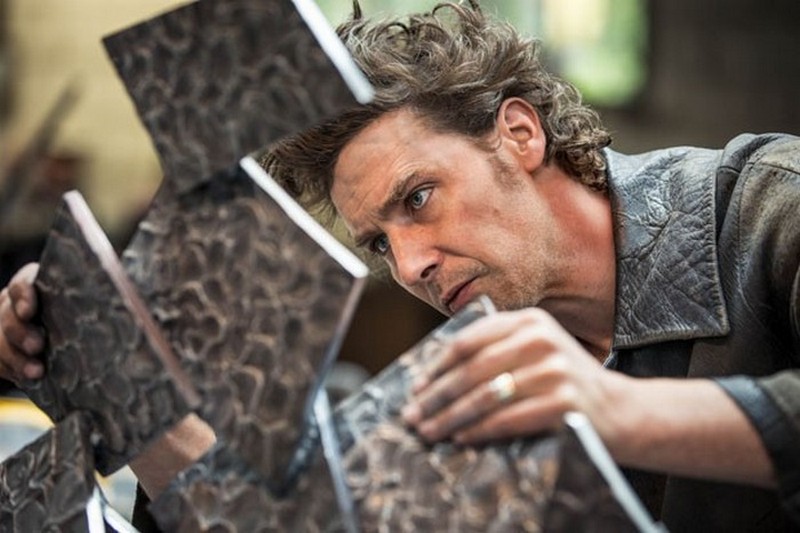 “A vortex whirls in a circular motion, it forms a vacuum, and embodies subjects to its action,” he said. “In water, it swirls but what happens beneath the water’s surface is hidden until it resurfaces elsewhere. If it explodes then it reconstructs, and what is absorbed into it is taken to another place.” 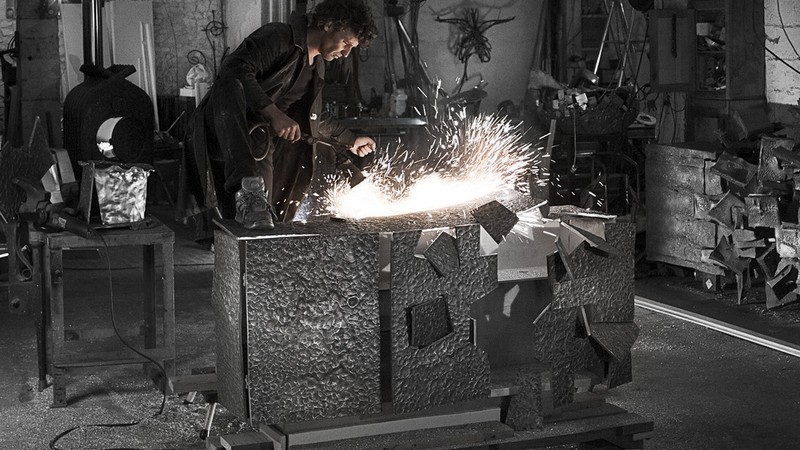 Also in the exhibition are items from Dubourg’s 2017 Gaïa Imprint series, named Matsendra, Uttara, and Veda. 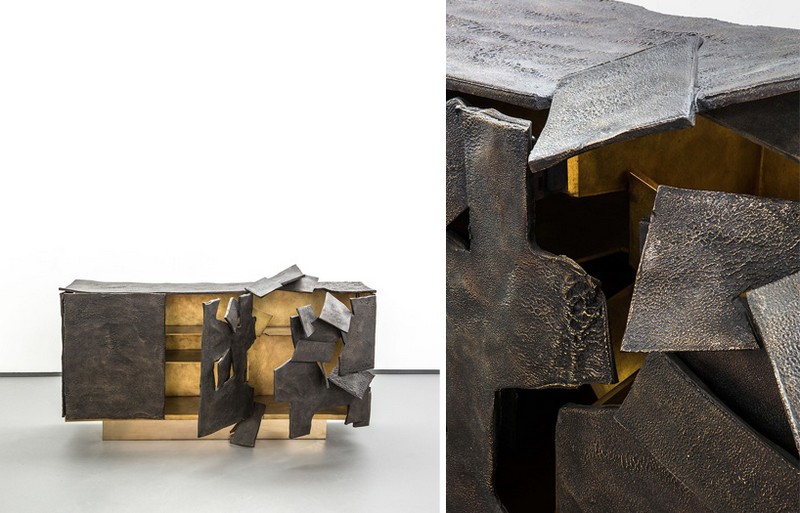 Each is formed in the artist’s workshop in Creuse, central France, where he gradually embosses melted aluminum. Once the metal is set and hammered out, it forms uneven sheets that evoke the earth’s crust, and are used to create legs and tops for low tables.