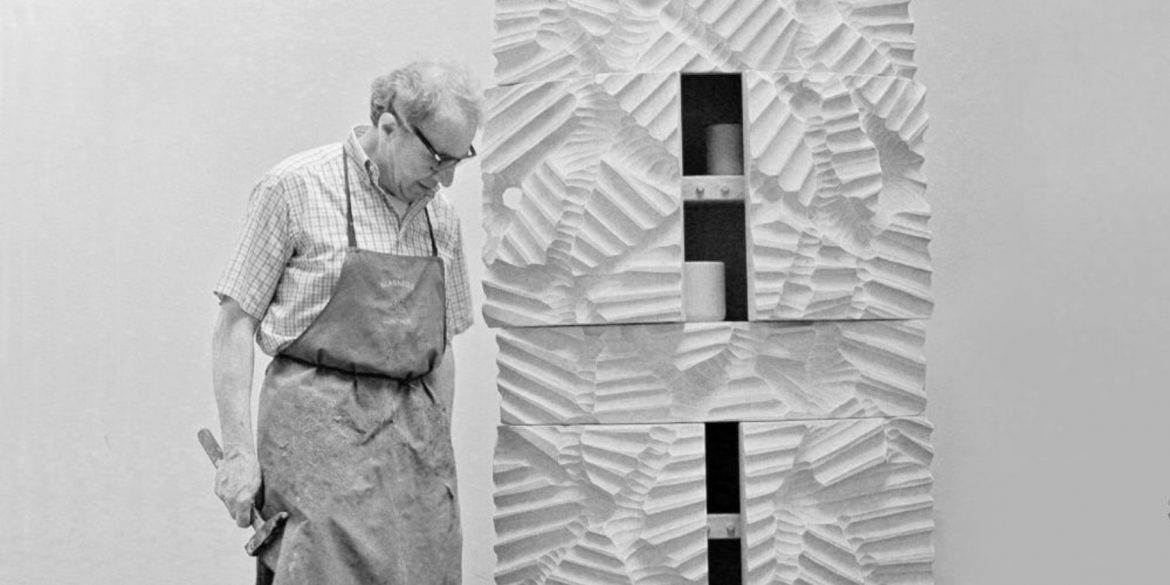 Giuseppe Rivadossi believes that art is all the work of man and, speaking of his work I can tell you that he, like his father, began by making furniture design and various objects in wood for his family. As I progressed I realized that these things really could be built according to deep and precise needs.

And so Giuseppe Rivadossi found himself working on items of art furniture whose appearance was increasingly in contrast with the environment, which was changing and becoming poorer as it deteriorated, and he realized that these objects of him were taking on increasing significance, both in terms of construction methods and material used (wood). At that point, Giuseppe Rivadossi partially abandoned the function of containing a different function.

“…these images and these items of furniture are born of the depths of my experience like a song, from the hope and the single alternative that lies before us, rather than nostalgia for the past…”

From the beginning that his inspiration was always wood art, he learned, saw it and mastered it in his modern furniture creations. Now, these pieces and these items of furniture are born of the depths of his experience like a song, from the hope and the single alternative that lies before us, rather than nostalgia for the past.

Giuseppe Rivadossi‘s contemporary design creations are true masterpieces and enhance everything that is great about craftsmanship and wood carving and work. His cabinets have a very artsy and innovative modern design that will look good in any home design. Due to its natural tones, you can match it pretty much with any piece of furniture.